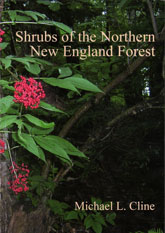 I am excited to announce the publication of Shrubs of the Northern New England Forest
by Michael Cline, executive director of the Tin Mountain Conservation Center in Albany, NH (www.tinmountain.org). Mike asked me to make sketches of certain shrubs he found difficult to photograph for this project, six of which are included in the book.

The Conway Daily Sun (www.conwaydailysun.com) reported Sept 8, 2016 of Mike and his book: “Four years in the making, the book includes beautiful photographs and sketches of both common and not so common shrubs. He wrote the guide because of his own desire to identify the shrubs of the area. When he looked for a guide, none had all the information he needed in one place, so he made it his goal to write a guide that filled the gaps.” 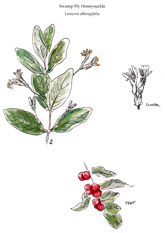 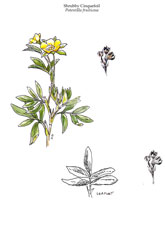 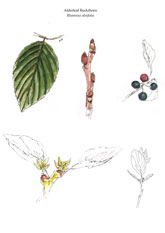 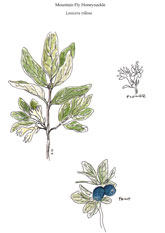 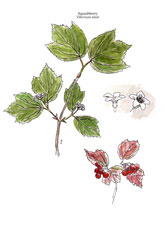 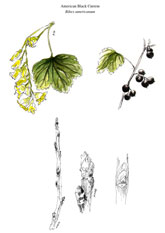